I’ve wondered what would happen if people charted their lives by the different foods they have enjoyed over time. For example, a childhood defined by a love of mac and cheese; an adulthood defined by the desire for a good steak or, in my case, a lemon, blue cheese, and asparagus risotto.

Actually, that’s not a fair example, because I don’t think food tastes necessarily become more complex as we age. Most often, it’s the simpler foods that stay with us the longest, shaping our lives by their mere presence. We continue to return to them, because they have always held us: culturally, socially, personally. The menu as memoir, in bread and butter and carrot sticks.

Of course I’m also interested in the food-as-fashion trends: the latest “in” brassica and how to render it unrecognizable to your grandmother, or the newest pastry sweeping the nation and why you should forget about the last one. 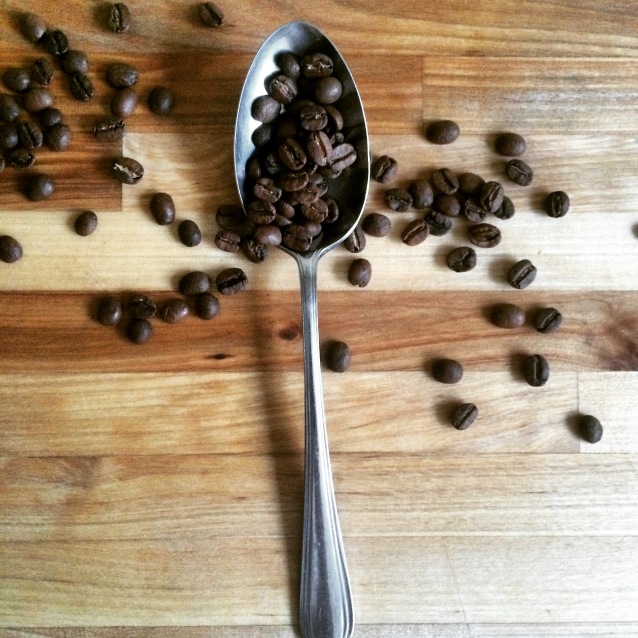 But I’m most interested in person-driven food movements. Perhaps this is a meaningless distinction. I’m interested in foods that don’t dictate the taste of the eaters, but are rather a reflection of the eaters’ lives – their desperation, hopes, and fears. Food is, after all, the most direct and tangible way of taking the world into oneself: each bite contains the residue of the house in which it was prepared, the garden in which it grew, the truck off of which it was unloaded, the economic situation of the country from which it came and into which it arrives. The tired old truism, we are what we eat, in every possible sense.

Of course this is all a rambling and obnoxious lead-up to the fact that I tried bulletproof coffee recently, simply because I read about it, and even though putting butter in my coffee is something I would never think to do, it seemed like a cool idea.

So I tried it, and hated it. 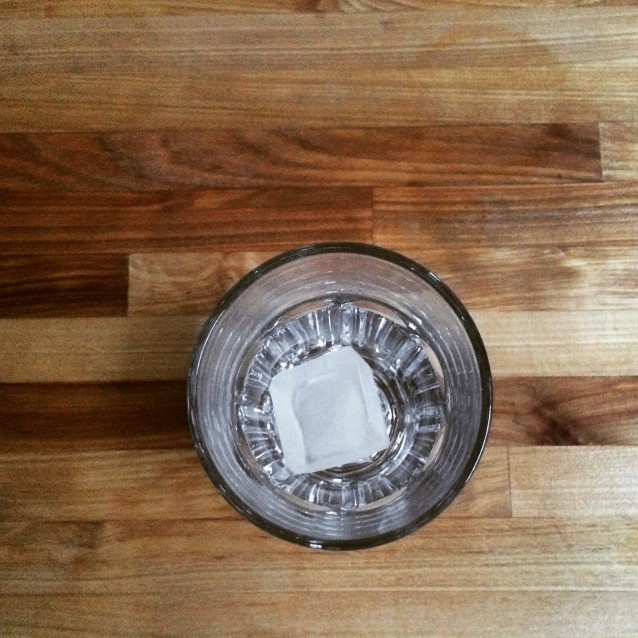 But since I also hate admitting defeat (see the doughnut post), I kept revisiting it. And in the process, I started thinking about why I began drinking coffee in the first place, and how I have approached it differently since then.

A simple cup of coffee is now complicated with the good and the bad: memories of childhood coffee milkshakes, Tim Hortons on family road trips, visits to Montreal hipster cafes, and home experiments in roasting my own beans – all of which rest alongside my knowledge of the coffee industry’s unjust and unsustainable practices. No other food item in my life more clearly illustrates the tension between history and culture, food trends and personal taste.

This, here, is my take on bulletproof coffee. Admittedly, the bulletproof aficionados would probably not recognize it. I’m making it over ice these days, but it is equally delicious hot. – Rachel 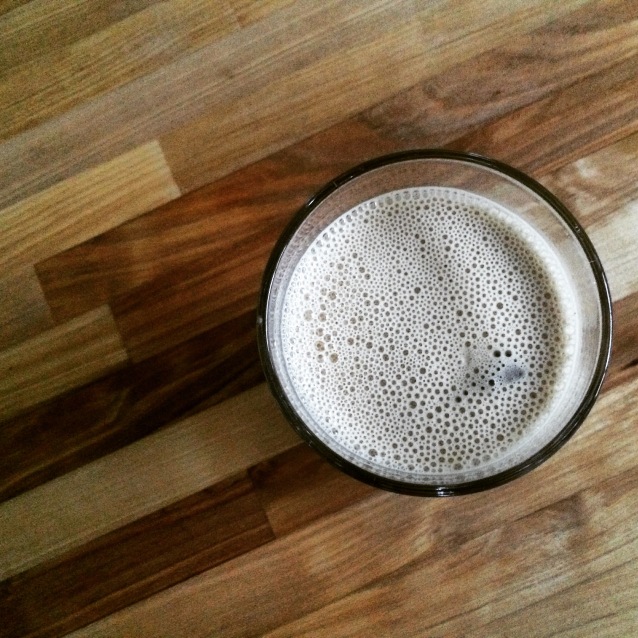 Put the coconut oil in the coffee to melt.

Put all ingredients into a blender and puree on high speed until foamy. Pour over ice and drink asap.

*To make chai tea concentrate, mix 1 cup sugar and 2 cups water. Bring to a boil in a small saucepan and add several chai tea bags. Let simmer for 10 minutes or so, or until the liquid is dark and quite syrupy. Remove tea bags and store in fridge until use. Or, if you have a bit more time (and ingredients) on your hands, make this, only boil it for waaaaay longer than she tells you to (for me, it took an hour or so) to get that syrup consistency.